After 8 weeks of travelling, I’m back in my little apartment, ready to take off my backpack and oddly enough excited to get back to work. I’ll probably write quite a few blog posts about my trip if time allows me 🙂

However, I’d like to kick off lightly, I brought a small mp3 player along for my trip to Peru & Bolivia, I barely used it but on some occasions it could really churn up the mood. From kicking along to Frank Turner on a 8 hour busride “driven by the irony that only being shackled to the road could ever I be free”, singing along to Blur’s Tender under a star filled Uyuni or arguing what the lyrics are to Rammstein’s “Du Riechst so gut” with someone whose German is as pitiful as yours. But for this little list, I’d just like to focus on songs that somehow inspire my wanderlust. 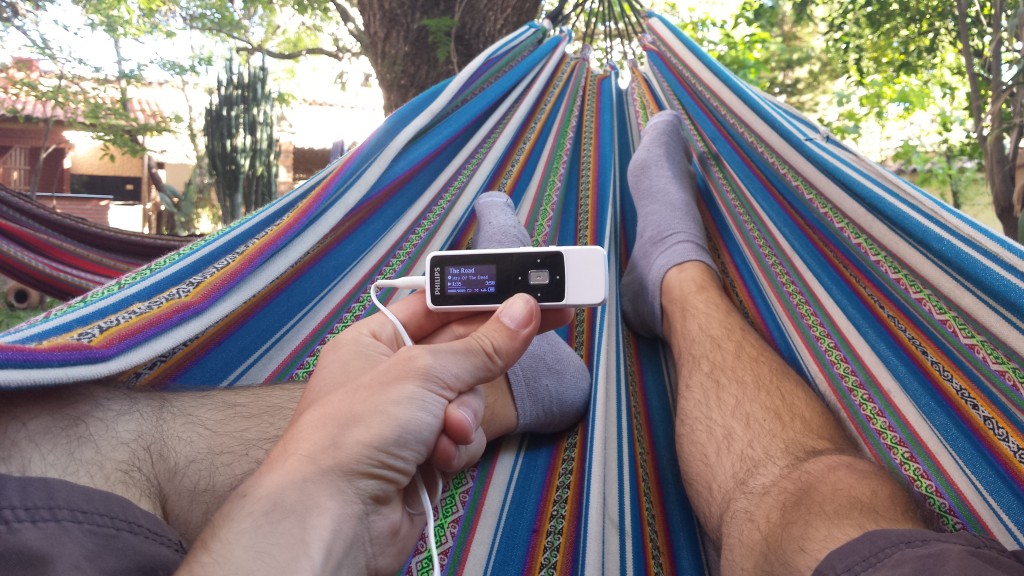 Songs are in random order!

It’s the lyrics that do them for this song, combined with the energetic instrumentals of Frank Turner and his Sleeping Souls. One line really stuck with me though: “I’ve driven across deserts, driven by the irony that only being shackled to the road could ever I be free.”

An interesting note about the music video as well: they shot the video while doing 24 shows in 24 hours, travelling around the UK, visiting house parties, pubs and rooftops. The perfect song for a long bus ride!

Credit where credit is due, I think this is one of Bob Dylan’s best tunes, but this cover by KT Tunstall is beautiful in its own way. The song allegedly took “ten years to live and two years to write” and tells… a beautiful story 🙂 Kinda shows how life is one long trip without a clear destination whatsoever.

A crazy American/Ukrainian singer with an overdose of energy to share with the world. The song is a little twist on Wanderlust, Wonderlust, to really get to known the world you have to see, experience and travel it.

Probably my favourite movie ever “Into the Wild”. And it came with such a fitting soundtrack, including the final song “Guaranteed”. The song is about living a simple life, but probably makes most sense when you’ve seen the movie as well. Regardless it’s an awesome, yet simple guitar song.

The nice things about some songs is that you can interpret the lyrics however you want, U2 lends itself nicely to that in a lot instances and this has got to be one of them. The song is really about a couple with a serious strain on their relationship sitting together in a room, but I see it as an erratic story about being on the road with someone. Especially the lines “Lets see colours that have never been seen, Let’s go to place’s no one else has been.” fit that interpretation nicely 🙂

#6 Always Look on the Bright Side of Life – Monty Python

#7 Go Your Own Way – The Cranberries

#10 Always Look on the Bright Side of Life – Monty Python