How hard is it to get players from 7 nationalities from all across the globe in one room to play a 15 year old computer game together? I wouldn’t know, but it happened last week. After a series of cancelled flights (bloody snow), close calls (passport arriving 3 hours prior to departure) and general confusion (who the hell are you?) we all made it together to Cincinnati, Ohio.

We all joined up at the house of Ryshep, I’ve known him from all the testing he did for UserPatch, AoFE and eventually he took care of the business side of AoF. How he managed to convince his wife to start a LAN party on Valentine’s day will forever remain a mystery though.

When we arrived, the first surprise revealed itself upon choosing a place to sleep. One of the rooms, was subtly nicknamed “the King’s room”, we soon discovered why. At least a dozen of pictures and little trinkets to remind us what we’d we be doing here. 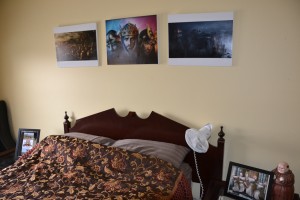 After a royal rest, the first games took place. We were soon joined by a bunch of local guests and the amount of players soon totaled up to a solid 12. Most knew each other from playing online before, but a LAN is a vastly different experience. If you don’t feel like playing a game, you can walk around, watch the games going on, indulge yourself in American candies or just sell some banter. Talking about banter, I think “This noob Scottish” was the most used phrase of the week. Preferably with an angry Japanese accent.

A week of sweets and videogames is of course not the healthiest week. So we occasionally changed pace with some sports and exploring the area. At the gym, the locals introduced us to the game of “Wallyball”. A variation of volleyball played on a racquetball course. The rules are very similar, except that there is an extra player on the field: the walls. At first very confusing, especially when you think the ball is going to bounce of somewhere, but it doesn’t quite as you expected it would. But all in all, great fun. In a way it was probably one of the most fun parts of the trip, realizing that just playing sports with locals can be just as interesting, if not more, than the casual sightseeing trip. 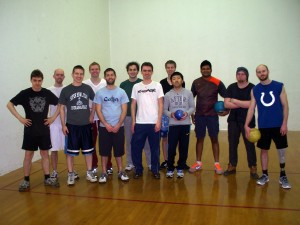 Of course, I wouldn’t be me if I didn’t do a slight bit of sightseeing. Ohio “The Buckeye State”, is however no tourist hub. Not saying the state isn’t nice, but if you expect to see famous landmarks in the genre of the Grand Canyon, you won’t find them in this area. 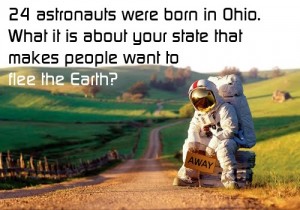 Since we were staying in Cincinnati, it was only normal we would discover the city for a bit. We climbed the Carew tower, with it’s 175m the 2nd tallest building in the city. Easily the best spot to get a view from the rest of the surrounding area. After a little stroll through the city to check out the skyline and some smaller landmarks, we ended up in a lager-house. Here we could get a taste of some of the local beers. Unaware, we all went for the Barbarossa, as if playing AoE2 somehow influenced our decision. No kidding, it certainly did for me.

What else is there to say? Probably too much and I’d rather keep my posts short and snappy. I had a great 10 days and would like to thank Ryshep for organizing the happening and all the others for being enjoyable company. Or as Scot so nicely put it “I expected at least one dickhead in such a large group of people, but there wasn’t a single one”. 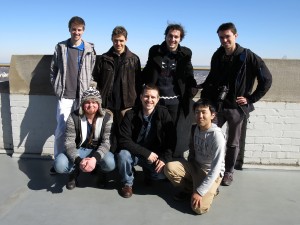