So, I have been invited to a job interview for a game tester position at Nintendo in Germany. Brussels-Frankfurt is the itinerary, so that means a stop in Aachen! I only had a few hours, which was ideal to check out downtown Aachen. It’s a small city, close to the Belgian-Dutch-German border and an incredibly rich early Medieval history. I’m quite sure Charlemagne rings a bell. Well, this is pretty much his city.

As I only had a few hours, I immediately went to the old town square, a nice picture, but it was merely hiding the marvelous cathedral in the back.

And indeed, the Cathedral was well worth the stop, especially if you know your AoC history a bit. The cathedral in Age of Empires II is indeed modeled after the Aachen Cathedral. 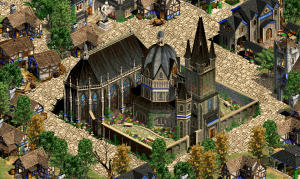 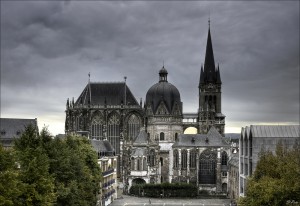 After wandering about in the Cathedral, gaping at the mosaic tiled ceilings, I made a quick stop at the treasury, showing a bunch of relics from Charlemagne, most notably, his bust. 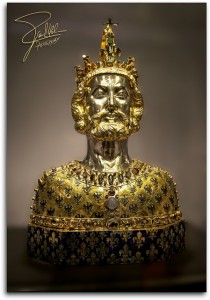 Quite a quick stop, as I had to head for my job interview in Frankfurt, but I had the chance to see first hand that the Age of Empires graphics guys did their job well at picking the right buildings for their wonders and cathedrals. And hey, why not a Charlemagne scenario/campaign in AoFE?

PS: I got the job, starting from 10th of April, I’ll be a Nintendo Game Tester 🙂